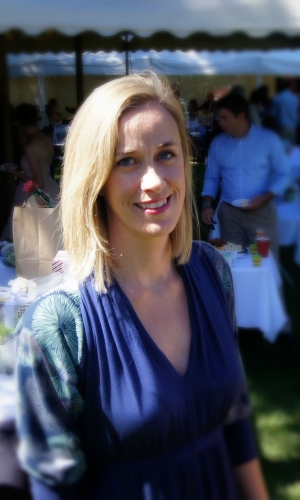 I believe healing is a process of exploration that the individual and practitioner can both engage in together and hope to be a guide along that path. With an intention on quality patient care, I hope to bring patients towards their natural state of optimal physical, mental, emotional & spiritual health and happiness.

I grew up in a big family in Cleveland Heights, Ohio. I’m a proud mid-westerner who now loves calling the Hudson Valley home. Patients often ask how I became interested in Chinese medicine. My mom took me to see a Chinese herbalist when I was in college and also advised me on herbs and supplements to help me through my studies. After college while living and working in New York City, I began to practice yoga as a way to counter balance the fast paced lifestyle. I began to experience the connections between the body, mind, emotions, and breath and how each can affect the others. Years later I attended a few workshops combining yoga postures with acupressure points and began to learn how much the points can address on so many different levels and this sparked my interest to pursue a degree in Chinese medicine.

I received a B.A. in sociology and psychology from Hobart and William Smith Colleges in upstate New York in 1998 and worked in the social work and mental health fields for several years in the Bronx and North Carolina. I’ve been practicing yoga for over 15 years and studied with The Integral Yoga Institute, completing three teaching certifications. I taught for 10 years in North Carolina, Cleveland, Portland and Brooklyn.

In 2009, I completed a 4 year master’s degree in Acupuncture and Oriental Medicine from Oregon College of Oriental Medicine where I studied Traditional Chinese Medicine. The program included acupuncture, herbal medicine, therapeutic massage including tuina and shiatsu, Qigong meditation, and nutritional therapy, as well as western medical anatomy, physiology, pathology and diagnosis. I also studied Five-Element acupuncture which mainly focuses on the emotional and spiritual aspects of health. Before settling in the Hudson Valley, I worked in clinics in Portland, Oregon, Manhattan and Brooklyn, New York.

My areas of focus

(not excluding other health concerns)